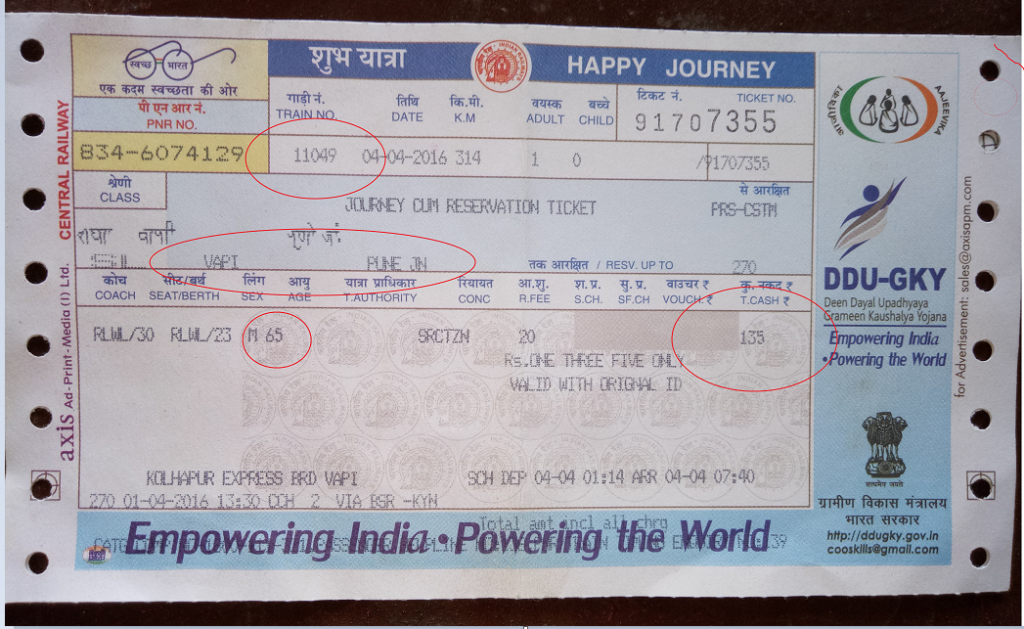 There are so many things and concerns that often confuse people while travelling in trains. As per Indian Railways, there are going to be some drastic changes from 1st July, 2017 in getting train tickets to waitlist status train tickets to getting refund and it is very much important to be aware of everything, especially if you are a regular train traveller and prefer to travel a lot via trains. Changes that have been decided have been mentioned in below.

50% refund to be received on Cancellation of tatkal train ticket

As of date, no refund is been collected in case people cancel tatkal tickets. But from as effective from 1st July, 2017, people will get 50% refund on the cancellation of tatkal tickets. At the same time, passengers will get 50% rupees back when they return tickets of Suvidha train. The refund charges will be deducted as per 100 Rs. for AC 2, 90 Rs. for AC 3 and 60 Rs. for sleeper class coach.

Time for tatkal ticket booking is going to change

No Waiting Rail Ticket from now on

Indian Railways took a big decision to make rail travel of people relaxing and hassle free. From 1st July, 2017 onwards, there will be no waiting list ticket provided to passengers. It has been decided by them that only and only confirm rail train tickets will be provided to passengers and then RAC tickets will be provided. Now on, there is actually no hassle of waiting train status tickets.

Tickets will be provided in different languages

Addition in number of coaches in Shatabdi and Rajdhani trains

Indian Railways has decided to add up the number of coaches in Rajdhani and Shatabdi trains. From 1st July, 2017, these trains are going to be more in length due to addition in number of coaches.

1. Passengers namelist whose stage is fully confirmed / fully RAC (Reservation Against Cancellation) after chart preparation, their names appear in charts and they can engage their journey
2.  Integral Record of  entire Travellers name list whose names are partly confirmed/partly waitlist or partly RAC/partly waitlist, their names emerge in charts inclusive the waitlist passengers.
3. Elimination of e-tickets by the customer/agent through IRCTC’s website is allowed only before chart preparation of the train.
4. Passengers whose ticket are in waiting list their names automatically dropped after the chart preparation. Their ticket automatically cancelled and they are not allowed to board the train.
5. The cancellation of waiting list travellers are accompalished by IRCTC after chart preparation and refund is credited to customer’s account electronically.
The refund of waiting tickets automatically initiated within 3 to 7 working days from the boarding date of train. Then what will be the refunded in the same medium through which the payment has initiated.
No waiting list status rail train ticket from 1st July, as per Indian Railways