Yes this is true and recently Indian Railways introduced the facility that let passengers and travellers having confirmed rail tickets to transfer them onto someone else name with ease. The key highlight is that only students, marriage parties, government servants, NCC students, and family members can avail and opt for this facility. Moreover, the name over the ticket would be allowed to change only once a time. As per a notice declared by the Indian Railways passenger reservation enquiry, it was stated that ‘Chief reservation supervisor of prime stations are granted as per the Railway Administration to let change name of a passenger having a confirmed berth reserved in his/her name’.

This request for the change of the name could only be allowed once, as per railways. Government servants need to provide a written application to avail this facility and be allowed to transfer confirmed rail tickets onto someone else. It is necessary for the government servant to make a request and file that application 24 hours prior the scheduled departure of the train and there is another exception to the rule that is the passenger could change the reservation name to his or her family member too. The notice further added the information that in case the passenger has filed a request 24 hours prior the scheduled departure of the train, then it could be transferred to any other family member also including father, husband, mother, sister, brother, wife and so on. Students can also opt for this facility and are allowed to change the name of other student of the same educational institute. Though, when the passengers are students belonging from a reputed and renowned educational institute, then head of the academy needs to write an application prior 48 hours of the scheduled departure of the train so that reservation could be transferred to other student name of the same institution.

Aside from this, when the passengers are travelling for marriage purpose, and any passenger from the group assumed as the head of the event makes a request prior 48 hours of the scheduled train departure, then that reservation could be easily made in the name of other person belonging from the marriage group without any hassle, as per the Indian Railways notice. This facility would also let change in the name of passengers holding tickets on account of National Cadet Corps who seeks for the same. Any officer who is the head of National Cadet Corps and makes a request 24 hours prior the scheduled departure of train, then the needed passenger is allowed to change the name to any other cadet. Adding to this, Indian Railways provide the facility of change in tickets name at the request of National Cadet Corps, students, marriage party if and only if the tickets do not exceed 10% of the total strength. In case, the limit exceeds, then the request will not be granted, as per Indian Railways. So, if someone is looking for such facility, then they can seek for the same without any hassle and by making a request on time as defined by the railways. 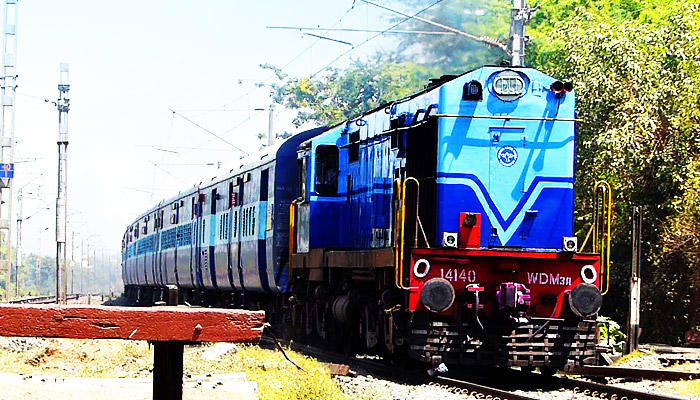