As defined and effective as per the current policy of railway travel concession, male senior citizen and women senior citizen of age 60 years and above and of age 58 years and above respectively are granted with 40% and 50% concession respectively to be travelling in all classes of express, mail, Shatabdi and Rajdhani express trains and more. There is absolutely no age proof been required at the time of buying tickets but at the time of journey, senior citizen has to carry prescribed and authentic documentary proof as issued by the Government depicting their date of birth or age group. In situations, when a senior citizen is not able to show the relevant age proof during the travel then he or she will be charged with the difference in fare of the ticket that is in between concessional fare and full fare.

Few instances have been brought into notice related to misuse of senior citizen concession or buying tickets under senior citizen quota like as mentioned in below.

Above mentioned facts and points have been determined and evaluated by the Ministry of Indian Railways, and it has been decided as mentioned in the following.

These instructions will be made effective and applicable as reference to 01.02.2016. All the relevant and important instructions will be issued to all of them concerning specifically ticket checking staff and others with a caution note to be tactful as well as patient while managing and organizing all passengers avoiding any complaint related to any harassment. This initiative and move is been focused just to assist and support genuine and authentic and eligible senior citizen passengers. 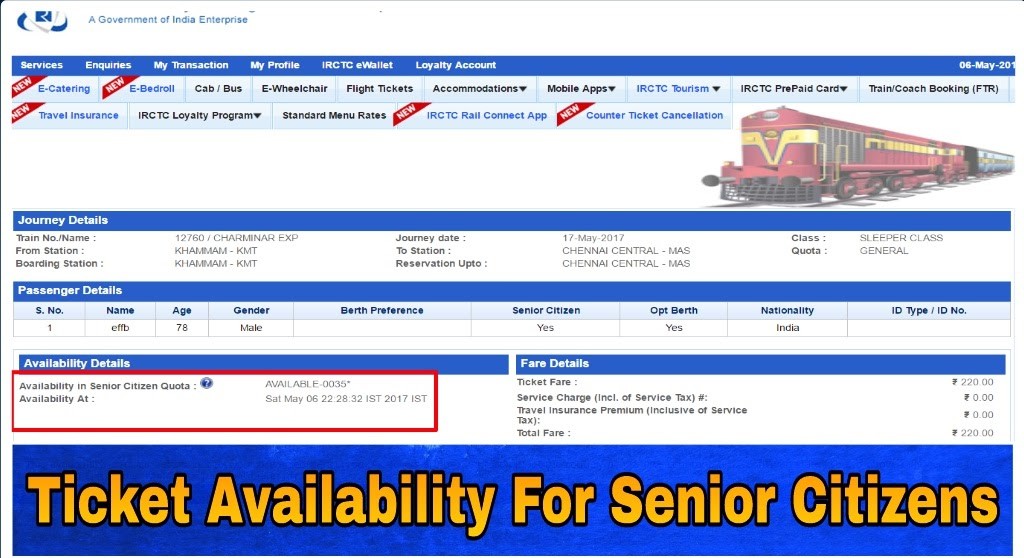